Nearly 63 million children in rural China live with their grandparents or other relatives while their parents work in the cities. Others live alone. These children, known as the “Left Behind Children” suffer the emotional trauma of separation and also of a multi-generational divide. Many only see their parents once a year during the Chinese Spring Festival.

Tan Dong was ‘left behind’ when he was two years old. He lives with his elderly grandmother who has health issues. Dong’s father died while he was working away and his mother has failed to return for some years now.

Chinese-Australian photographer Tami Xiang’s series Peasantography: Family Portrait is a visual study of these Left Behind Children from an insider’s perspective. Xiang, who now lives in Perth (Western Australia), grew up in Wanzhou a district of Chongqing in the Yangtze Three Gorges region. On a visit to her hometown in 2014 she began to take family portraits of neighbours and friends.

“I realised that these ‘family portraits’ predominantly consisted of children and their grandparents, the parents were a noticeable absence.”

Since those first portraits Xiang has photographed and interviewed hundreds of children and their families creating a series of what she calls “dystopian family portraits” which comprise her body of work, Peasantography.

In Peasantography, Xiang has created an installation artwork comprising three elements. The first features a portrait of the children and their carers on one side and the parents on the other. Dividing these portraits are the actual transport tickets the parents used to return to their children.

Then there are the portraits over which Xiang has woven these tickets into a pattern designed to replicate the design traditionally used in rural areas to make baskets. 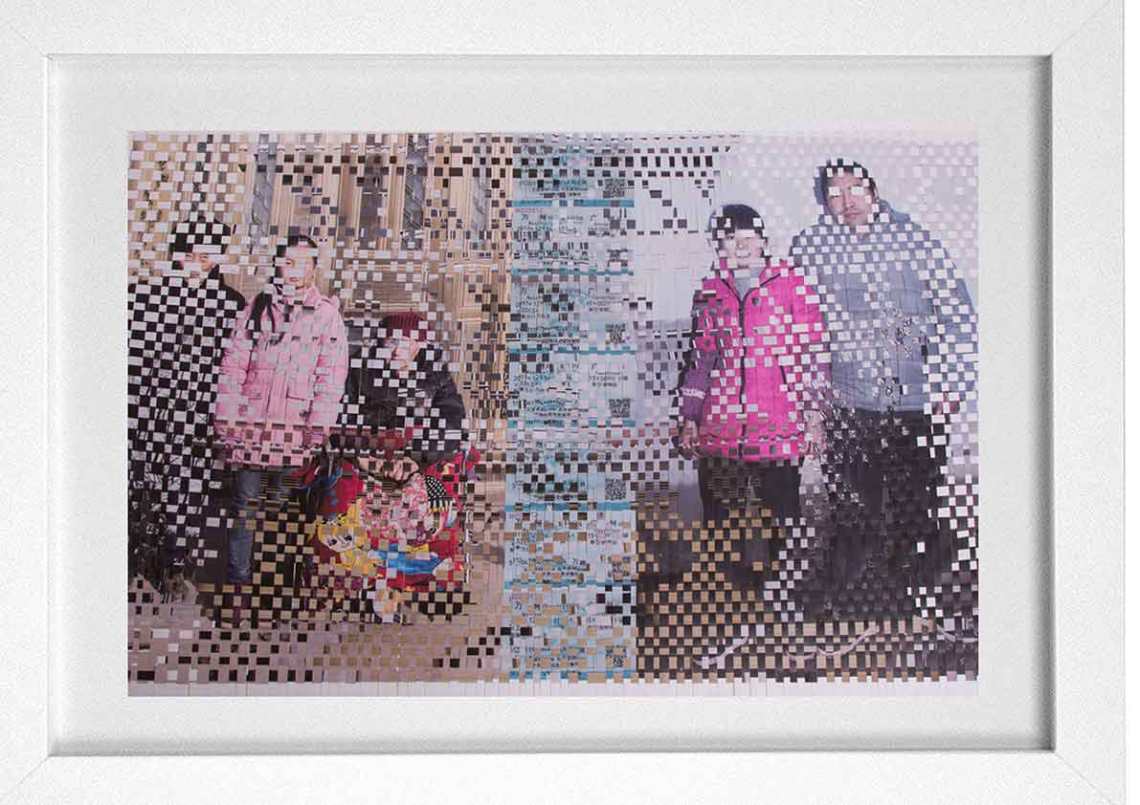 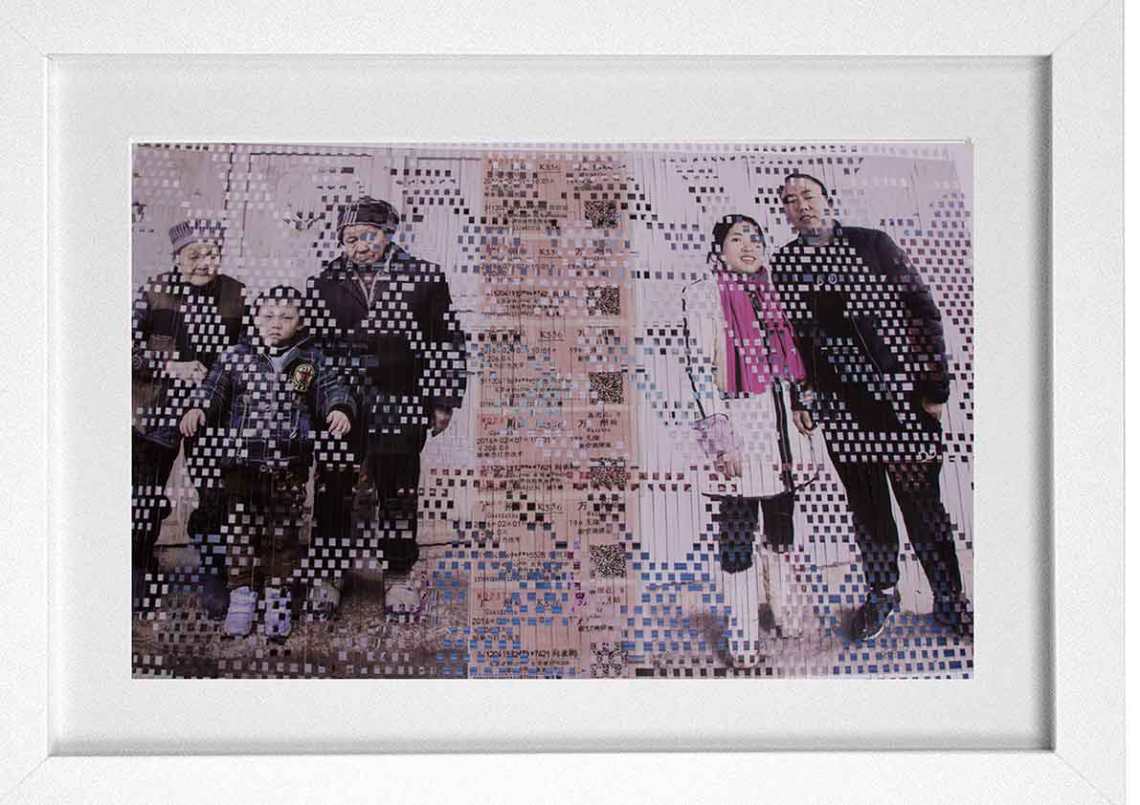 And finally there is the massive floor print where hundreds of children’s faces look up at the family portraits hung on the walls, evoking a sense of the longing they feel in the absence of their parents (see image at the top of the story).

Xiang says the phenomenon of the Left Behind Children touched her even more deeply when she realised it was something her own family had experienced. “My nephew was left behind when he was eight years old. It was, in fact, originally my suggestion that my financially burdened brother and sister-in-law leave him to live with my mother while they worked in ZhuHai close to Macao where there are many manufacturing companies.”

It is a familiar story in rural China where employment options are scarce and parents are forced by economic circumstances to move away for work. China’s Household Registration policy, the Hukou system, means that children have to attend school where their family is registered. In China you are either an urban or rural resident.

The Hukou system “also means that migrant workers from rural areas have little or no opportunity to become permanent urban residents,” she explains.  In December 2015 the Chinese government determined to grant residency status to a number of rural migrant workers, but this issue faces tens of millions.

Many of these ‘left behind’ children suffer depression, loneliness and other mental health issues. Xiang says these children represent an entire generation growing up without knowing the love and support of a parent. They live in underdeveloped regions where educational opportunities are limited and mental health services virtually non-existent.

This is an important story to tell from both a humanist perspective and also in relation to the ramifications for China as a growing world power. The success of any country is its people.

On show 28 September to 8 October

In 1975 American photojournalist Chuck Fishman, who was 21 at the time, found himself in Poland to document what he thought was the demise of a centuries-old Jewish enclave.

Over eight years between 1975 and 1983 he travelled to Poland five times on assignment. On each visit he built on his own story, photographing the Jewish community that largely met in secret, away from the prying eyes of the communist state. He travelled to Kraków, Wrocław and Warsaw as well as Lublin, Łódź and Przemyśl. Fishman’s photographs from this time echo ancient rituals and like the picture of Mr Haskell above, many evoke an era that could pre-date the photograph itself.

Forty-three years after he took his first pictures, Fishman made a return visit to Poland in 2013, to discover a country that barely resembled the place he’d photographed during those repressed years.

“Coming back was beyond trippy,” says Fishman of his first return journey.  “Everything was astounding to me” including the very visible Jewish community with its restaurants, schools and renovated synagogues. Since 2013 he’s made several trips, the most recent this year.

In the exhibition Re-Generation: Jewish Life in Poland, Fishman’s photographs from the 1970s and 1980s are hung with those he took in 2010’s, creating a remarkable showcase of human resilience.

Fishman chose to shoot on film and in black and white to create a visual language that grounds the project aesthetically. This collection is also one of the most comprehensive visual records of European Jewry over the last four decades and provides unique cultural insights. Let’s hope there is a book in the making to do justice to this remarkable body of work.

Until 28 October at the Jewish Historical Institute, Tłomackie 3/5 Street, Warsaw